All Collections
Your first steps with Upflow
General
Billing Cohorts

The best way to improve your cash collection

Written by Nathalie Hallé
Updated over a week ago

As a modern finance leader, you know how important it is to measure your company's financial performance so that you can improve your financial position and better forecast future cash flows.

What is a billing cohort?

In essence, a billing cohort tracks groups of invoices that were issued in the same month.

The best way to visualize this data is by using a 2 by 2 matrix: 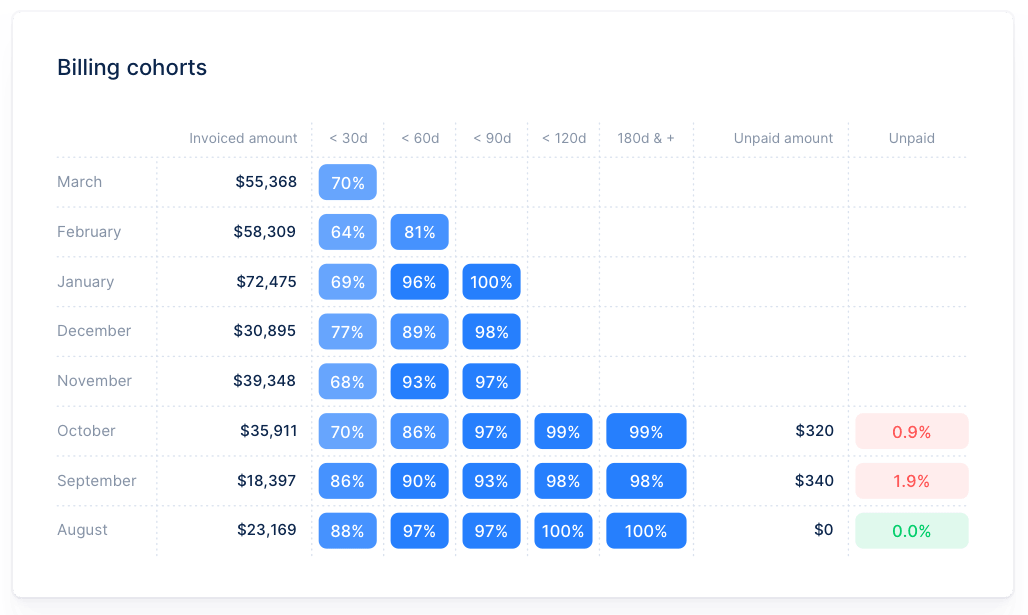 Here, each row represents a different month of billing (a cohort), and each column represents the cumulative percentage of invoices that were paid within a certain time period. So here, for example, we can see that in December, we issued $31k in invoices and 89% of those were paid within 60 days of issuance.

Of course, you should adjust time buckets based on your business and your payment terms.

How to read a billing cohort?

There are two ways to read a billing cohort:

What is the exact calculation methodology?

NB. Multiple currencies are converted to the organisation’s base currency

Do you have other questions?

Did this answer your question?